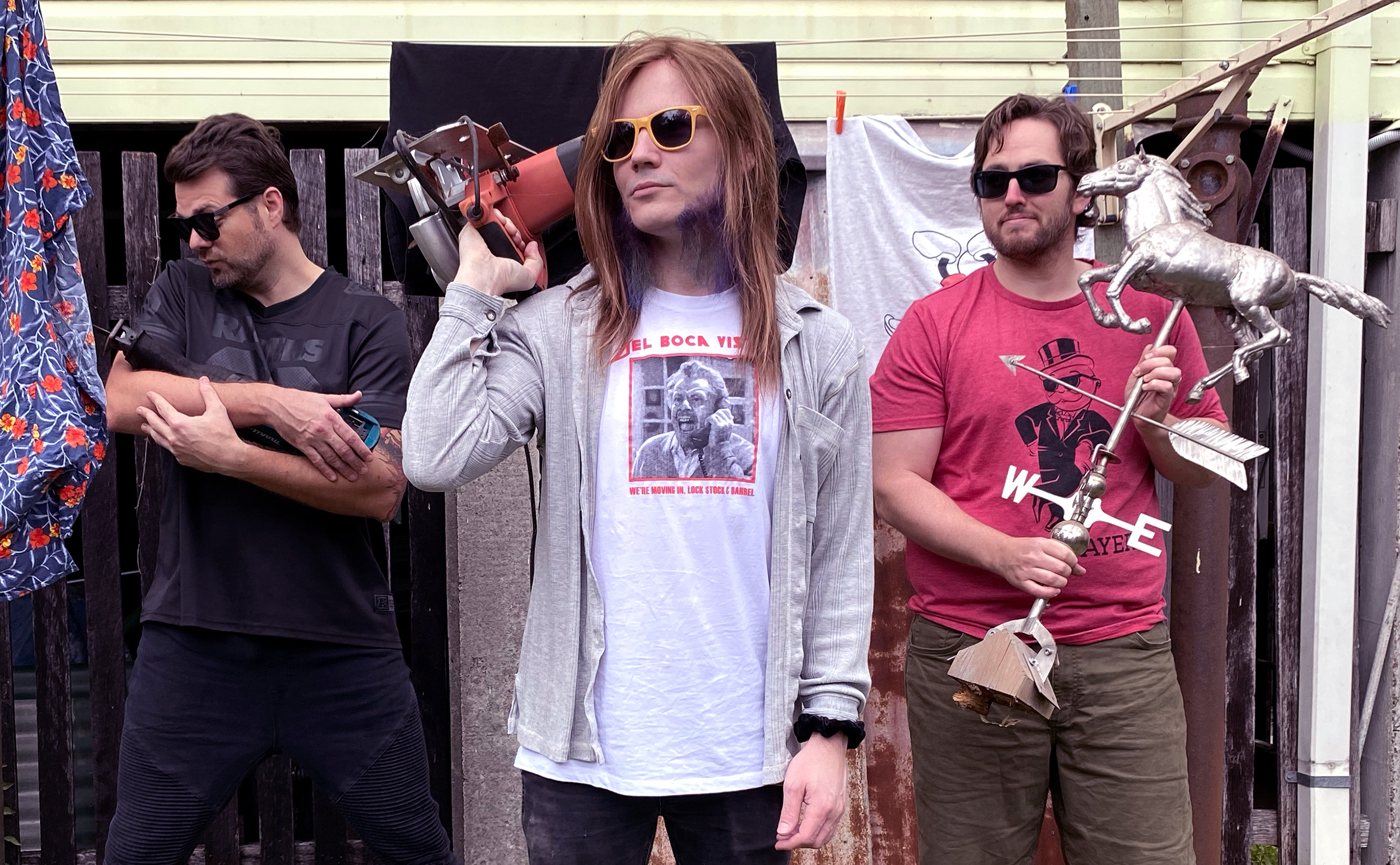 Australian rock crew MOFOiSDEAD have just delivered their contagious and politically charged new single, The Gospel of Engadine, out now. Watch the video for the track, here:

Comprised of Paul Galagher (vocals & guitar), Luke Pammenton (drums), and Scotty Saunders (bass), MOFOiSDEAD come at you from Brisbane, Australia, and although the alt rockers were only officially formed in 2015, they have a wealth of experience and many rock ‘n’ roll stories to tell. Vocalist, Paul Galagher walked away from a five-album deal with EMI at age 16 with his music lawyer describing the deal as the worst he’d ever seen. Galagher then delved into live music and all the accompanying sex, drugs, and rock n roll shenanigans, relocated to London, and was then offered to audition for Velvet Revolver by Matt Sorum (Guns N Roses). Paul later returned to Oz to write and demo tracks for his new band, MOFOiSDEAD. By 2015, the band had successfully unleashed their Brisneyland EP to much acclaim and approval. A slew of shows followed to back the release and further writing also proceeded. In 2019, during a US trip, Galagher joined Royston Langdon (Spacehog) and Jimmy Gnecco (OURS) to sing and perform live. After returning to Australia, the alt rock threesome also played on stage with Nick Oliveri (Queens Of The Stone Age) at the Dead Of Winter Festival:

Now with a solidified line-up, MOFOiSDEAD are set to blow the roof off 2021. Their recent single, Displacer garnered much love and adulation, and their new single, The Gospel of Engadine, is sure to widely grace the airwaves and leave it’s mark. The track is a low-slung groove filled slab of infectious alt rock and it’s also a stinging assessment of the Australian government’s handling of this year’s Bushfire which scorched over 46,050,750 acres of land. Vocalist & guitarist, Paul Galagher comments: “At the time it seemed like the nation’s disdain for our PM’s disgraceful handling of the bushfires – opting to holiday in Hawaii while volunteers risked their lives – had been unjustly forgotten amidst the COVID madness. So I felt the urge to pen a little reminder about the time— when Scotty From Marketing (aka Australia’s PM) told us that one of the most devastating disasters in Australia’s history will serve as a backdrop for a cricket test match”. With a slew of content and singles primed for 2021, there’s nothing stopping MOFOiSDEAD’s ascension.